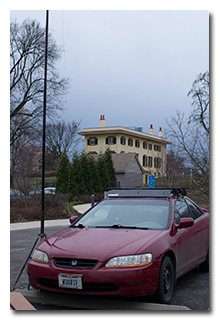 Upon arriving at the park, Eric spoke with the ranger and Eric stamped his Passport 2016. Eric was given permission to set up in the overflow parking area behind the historic Taft house and Education Center.

As at previous activations, Eric's station consisted of his Enhanced KX3 Travel Kit, his MFJ-1910 33' fiberglass telescoping mast, and a custom clipboard. Because of the temperature (39°F), Eric chose to set up the transceivers in the car. For this operation, Eric powered his transceiver with the car's accessory power socket. Eric was on the air by 2015 UTC.

Eric recorded an outside temperature of 44°F but after setting up the cold he remained comfortable inside the car during the operation. 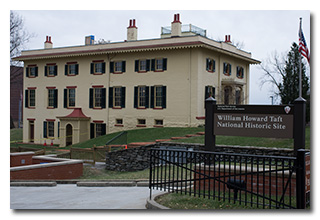 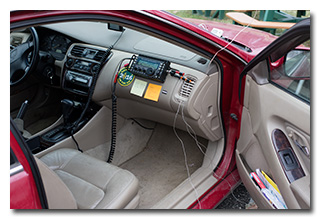