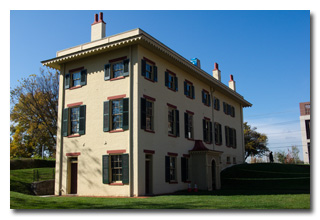 The pair arrived at the park earlier than planned and took the opportunity to do the ranger-guided tour of the Taft house before setting up to do the activation. Eric had exchanged emails regarding the proposed activation with a park staff member and the ranger on duty quickly agreed to allow the activation. As at his previous activation at the park, Eric set up and operated in the grassy area near the overflow parking area behind the historic Taft house and Education Center. Eric took the opportunity to stamp his Passport 2016 before he and Miles proceeded to set up.

As at previous activations, Eric's station consisted of his Enhanced KX3 Travel Kit, his MFJ-1910 33' fiberglass telescoping mast, and a custom clipboard. Eric and Miles quickly erected the mast, deployed the antenna, and set up the rest of the station, and Eric was on the air by about 1700 UTC. 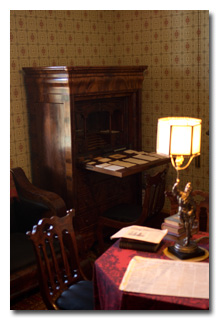 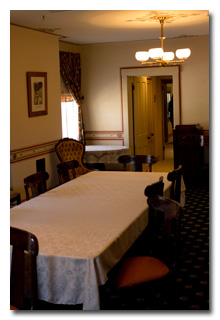