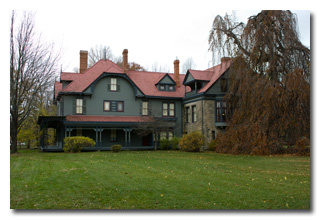 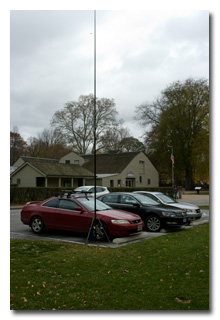 Because of the cold temperature, Eric chose to operate within the car which he parked at one of the parking lot, with the 28½'end-fed wire antenna supported by the 33' fiberglass mast; unlike at most previous operations, Eric strapped the mast tripod to the front wheel of the car instead of securing it to the ground using spikes. Eric was on the air by 1855 UTC.

Eric had planned to begin operations on 20m but discovered that his KX3/KXAT3 steadfastly refused to match the 28½' end-fed wire on that band—a first-time occurance. Eric changed to 40m, where the KX3/KXAT3 quickly found a match for the antenna, and his first QSO came at 1857 UTC with NE4TN. QSOs came steadily and quickly until 32nd and penultimate QSO came at 1933 UTC with KS4L. Eric then changed frequency on 40m to find and work N2CX at 1936 UTC who was activating the TR01+TR03+HP08 three-fer in Maryland. All of Eric's QSOs were CW made at the 5-watt level.