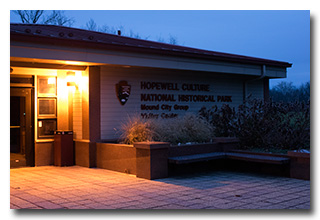 As at previous activations, Eric's station consisted of his Enhanced KX3 Travel Kit, his MFJ-1910 33' fiberglass telescoping mast, and a custom clipboard. Tom's station was his Elecraft KX2 and LnR EFT-Trail-Friendly end-fed wire supported by a convenient tree. Because of the cold temperature, light rain, approaching darkness, Eric and Tom chose to operate inside the McFadden van. As he recently discovered was possible in his Honda Accord Coupe, Eric was able to hang his KX3 on the Honda Odyssey's glove box door. Eric chose to power the transceiver using the van's power socket instead of his 5aH gel-cell. Tom powered his KX2 using the transceiver's internal battery. Both Eric and Tom deployed band-pass filters to prevent interfering with each other. Eric and Tom were on the air at about 2218 UTC.

Tom operated only SSB on 20m and pretty quickly managed to made enough QSOs to validate his activation.

Eric began operations on 40m and his first QSO there came at 2223 UTC with K5EK. Eric struggled to make QSOs on 40m and had to keep moving up the band as his frequency was taken over by stations trying to work a DX station who was running split. Eric's 9th QSO on 40m came at 2241 UTC with K9GB. Despairing of being able to validate his activation, Eric switched to 80m where his KX3/KXAT3 was able to make a 3.7:1 SWR match with the 28½' end-fed wire and his 10th and final QSO came at 2246 UTC with K8RAT. All of Eric's QSOs were CW made at the 5-watt level.

Miles didn't operate but helped with set-up and tear-down and did all of the activation photgraphy.