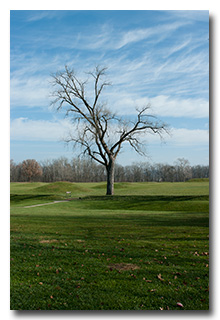 Upon arriving at the Mound City Group, Eric spoke with the rangers and stamped his Passport 2016.

As at previous activations, Eric's station consisted of his Enhanced KX3 Travel Kit, his MFJ-1910 33' fiberglass telescoping mast, and a custom clipboard. Because of the cool temperature, Eric chose to operate inside the car. Eric was on the air at 1440 UTC.

Because it was CQ World Wide CW weekend, Eric began operations on 30m and his first QSO there came at 1143 UTC with KA3SJK. QSOs came steadily until Eric made his 12th QSO on 30m at 1505 UTC with KK4EOF. Eric switched to 40m and made his first QSO there at 1511 UTC with KK4EOF who must have heard Eric announce his intention to QSY to 40m. QSOs on 40m came steadily and quickly with Eric making his 31st and final QSO at 1528 UTC with W1YRC. All of Eric's QSOs were CW made at the 5-watt level.

Eric recorded an outside temperature of 41°F but he remained comfortable inside the car.