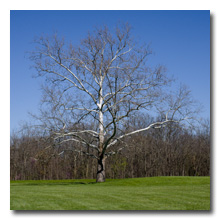 Eric and Miles arrived at the Mound City Group about 1830 UTC and after stamping Eric's NPS Passport 2016 and speaking with the ranger, they quickly set up the station under a nicely-placed tree.

The station consisted of Eric's Enhanced KX3 Travel Kit, a custom clipboard, a folding table, and two folding chairs. A friendly branch on the nicely-placed tree supported the 28' end-fed wire, and three counterpoise wires were deployed. Eric also deployed his Powerfilm FM15-300 5-watt solar panel and Micro-M charge-controller to float-charge the 5Ah gel-cell while the battery was in use powering the station.

Eric's began operations on 40m and his first QSO was with N4KC at 1857 UTC. Thereafter, QSOs came pretty steadily until about 1937 UTC when Eric decided to switch to 20m. Eric's 30th and final QSO came at 1959 UTC. In all, Eric made twenty-one QSOs on 40m and nine QSOs on 20m. All QSOs were made at the 5-watt level. A highlight of the operation was Eric's first QSO on 20m, when EA8YV in the Canary Islands answered Eric's call of CQ.

The weather was perfect for this activation: sunny, 77°, and with a nice breeze.