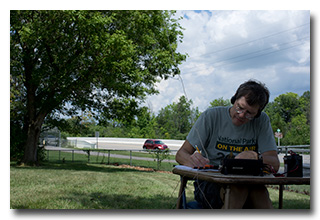 Eric and Miles arrived at the Interpretive Center about 1700 UTC, quite a bit earlier than planned. Eric stamped his Passport 2016 and spoke with the ranger who explained that a reproduction Wright Flyer was on display, while the weather remained nice, at Huffman Prairie Flying Field. 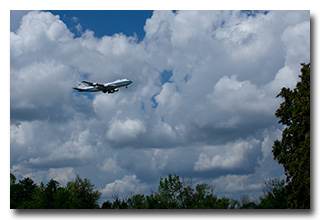 Eric was on the air by 1724 UTC and made his first QSO at 1725 UTC with N4KER. QSOs came quite steadily thereafter until he made his 12th and final QSO with AA4R at 1743 UTC. All QSOs were made at the 5-watt level. A highlight of the operation was seeing (and photographing) a Boeing E-4B Airborne Strategic Command and Control Post aircraft on approach into Wright-Patterson Air Force Base.

After the activation, and before heading to Carillon Park to see the solar race cars, Eric and Miles visited Huffman Prairie Flying Field to see the reproduction Wright Flyer. 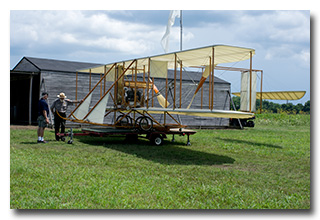 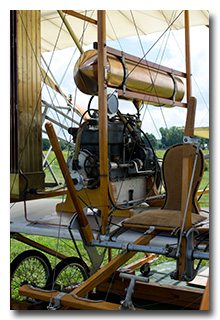 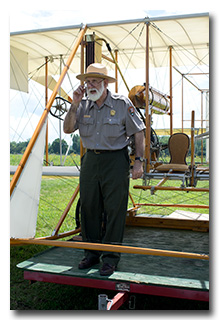 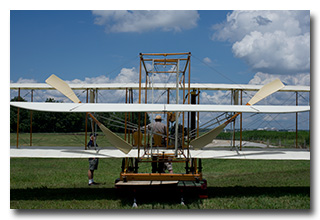 And finally, Eric and Miles did get to Carillon Park to see the arrival of the American Solar Challenge 2016 cars. 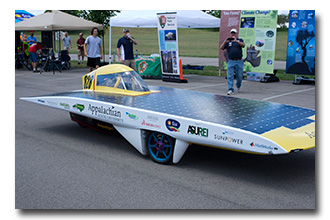 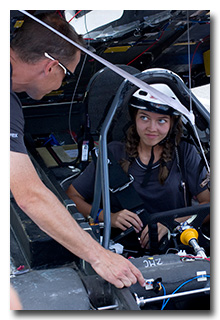 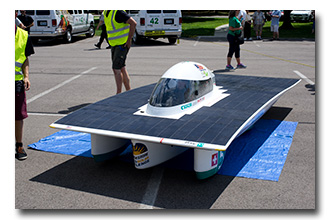 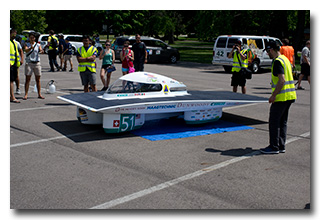 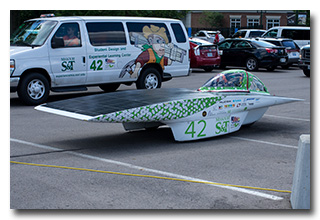 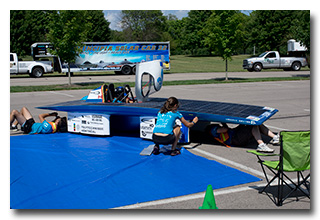 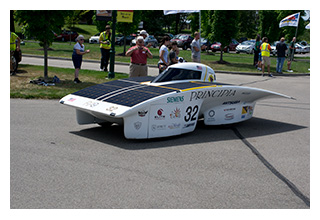 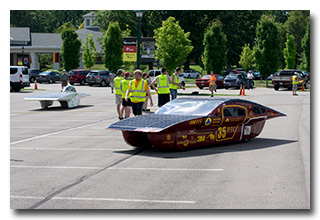