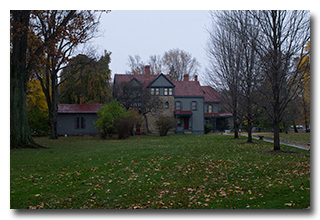 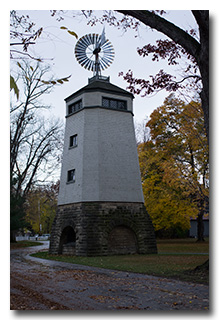 Because of the weather, Eric chose to operate within the car which he parked at one of the parking lot, with the end-fed wire antenna supported by the 33' fiberglass mast deployed on the grass adjacent to the car. Eric was on the air by 1844 UTC.

Toward the end of the operation, the wind had become so gusty that it almost pulled the antenna tripod stakes out of the ground; Miles had to rush out and add additional stakes to secure the mast. 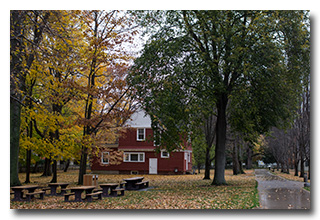