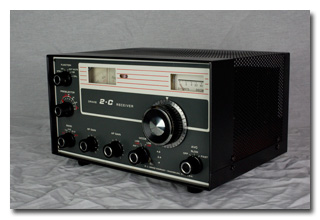 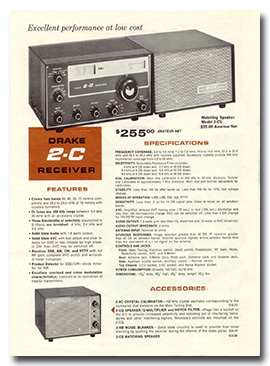 I acquired my very clean Drake 2-C at the 2016 Athens Hamfest. Except for slightly dirty switch contacts and potentiometers and loose-fitting RCA sockets on the back, the receiver worked very well upon initial power-up. Application of DeOxit to the switches, pots, and sockets and very slight re-shaping of the RCA sockets restored the receiver to proper operation. The inside of the receiver is clean but no so clean as to indicate this receiver has been restored although I suspect the black cabinet has been repainted. My 2-C has the optional 2-AC internal crystal calibrator but lacks the optional 2-NB noise blanker. The serial number, 2947, indicates my 2-C was manufactured in early 1971 (source). My 2-C is new enough to have been manufactured with the 6BZ6 tube as the R.F. Amplifier instead of the original 12BZ6.

The seller at the Athens Hamfest had taken this 2-C and a matching 2-CQ speaker / q-multiplier to the hamfest intending to sell them as a set. However, by the time I found the seller's table, he had already sold the 2-CQ separately. I looked for a 2-CQ at the 2016 and 2017 Hamventions and at smaller hamfests but found none.

Thanks to the kind generosity of KG9EE, I acquired my very clean 2-CQ in late 2017. In addition to looking very fine sitting next to the 2-C receiver, the speaker's audio is very good and the notch and peak functions are very effective. Surprisingly, even without the q-multiplier functionality engaged, the audio from the 2-C through the 2-CQ is much more pleasant than the 2-C audio was through the Radio Shack Minimus 7 speaker I had pressed into service before getting the 2-CQ. When using the the Minimus 7, I had to ride the 2-C's RF-gain control to prevent overload. With the 2-CQ, I can leave the RF-gain control fully clockwise without any problem. I suspect the mismatch between the Minimus 7's 8Ω input-impedence and the 2-C's 4Ω output-impedence was too much for the 2-C's audio-output circuitry but I wonder if the Minimus 7 is also too efficient for the 2-C.

I would like to find a 2-NB noise blanker module for my 2-C receiver but don't hold out much hope for success.

I've discovered what might be an undocumented "feature" of the 2-C receiver. If one selects the 40m band, turns the main tuning to "0", and peaks the Preselector near the 10m band, one can receive WWV / WWVH on 15MHz. 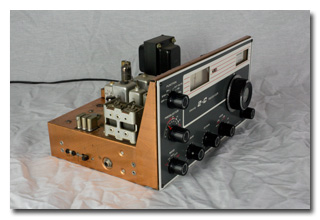 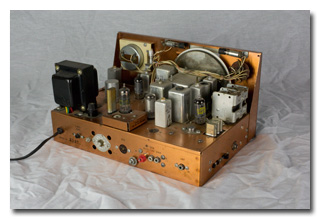 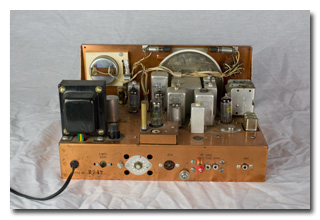 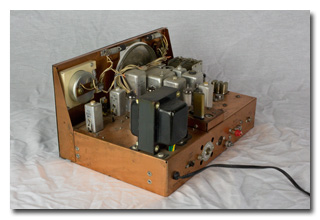 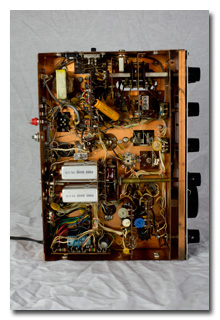 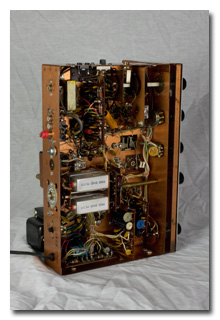